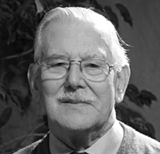 Terry O’Connor as seen in the 2010 programme

We are sad to report the death of our oldest member, Terry O’Connor, who died peacefully on 29 May 2011 in Queen Margaret Hospital. Despite being in his late 80s, Terry was an invaluable member of the bass section, and had been preparing for this summer concert. A real gentleman, and a good team player, who will be greatly missed. Requiescat in pace.

At Terry’s funeral in St John’s and St Columba’s RC Church, Rosyth, over twenty members of the Society swelled the singing, and three members took part in the service. Mary Kidd’s tribute to this “man of many parts” is available at this link.

Your next chance to see the Society on stage will be on 16–18 February 2023, when we are back at Carnegie Hall, Dunfermline, for our twice-delayed 50th anniversary production of The Pirates of Penzance.