By 1979, the Society had tackled all the most popular shows, and had even repeated The Mikado the year before, so it was time to break new ground. As you will see from our archive list, the next nine shows contained no fewer than four of the other operas, and by the end of 1987 the G&S canon had been completed, apart from The Grand Duke, a show which is exceptionally rarely performed.

By all accounts the 1992 repeat of Princess Ida was a very happy show: 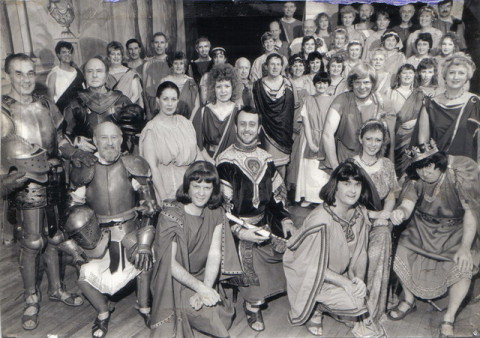 For fuller details, read the programme for the show.

Alan Potter took part in this production, and spent part of his off-stage time taking these pictures of the dress rehearsal.